We took a tour to the West Bank on our last day in Luxor after our Balloon ride. […] 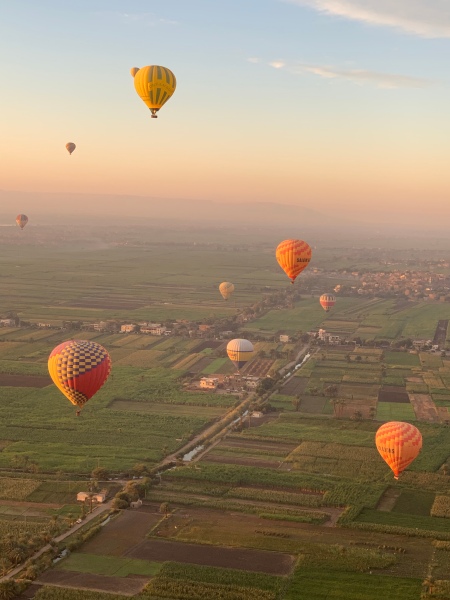 We were not planning to watch any Opera when building itinerary for Egypt trip. However in the middle […]

We visited Karnak Temple after we checked out from our cruise and checked-in Winter Pavillon, our home for the next 2 days in Luxor. The weather was still cool that morning when we decided to just walk to Karnak Temple as it was only 2.9km from our Hotel and there was a nice pedestrian walk along Nile Corniche. Little that we know that we would continue being hassled by all touts offering horse carriage or guide service or ferry to the West Bank until we reached the temple. There was even a guy yelling to us that we should stop walking as the road in front was closed and we should turned right. That was of course a lie as there was no road closure and the road we took led to Karnak Temple in the end.

The temple of Karnak was known as Ipet-isu—or “most select of places”—by the ancient Egyptians. It is a city of temples built over 2,000 years and dedicated to the Theban triad of Amun, Mut, and Khonsu.
It is the largest religious building ever made, covering about 200 acres (1.5 km by 0.8 km), and was a place of pilgrimage for nearly 2,000 years. The area of the sacred enclosure of Amun alone is sixty-one acres and could hold ten average European cathedrals. The great temple at the heart of Karnak is so big that St Peter’s, Milan, and Notre Dame Cathedrals would fit within its walls.

The Hypostyle hall, at 54,000 square feet (16,459 meters) and featuring 134 columns, is still the largest room of any religious building in the world. In addition to the main sanctuary there are several smaller temples and a vast sacred lake – 423 feet by 252 feet (129 by 77 meters). The sacred barges of the Theban Triad once floated on the lake during the annual Opet festival. The lake was surrounded by storerooms and living quarters for the priests, along with an aviary for aquatic birds.

Karnak Temple was not as preserved as Luxor Temple and there are many pieces needed reconstructed but nevertheless this is a beautiful temple. The temple also covered a much bigger ground Vs Luxor Temple.

We stayed for few hours in Karnak temple until we were hungry. We took white Taxi in front of the temple to take us to Soffra Restaurant. Most of the Taxis were old cars and don’t have air conditioning.

END_OF_DOCUMENT_TOKEN_TO_BE_REPLACED

We originally planned to visit Luxor Temple only after we checked out from the cruise. But in the […] 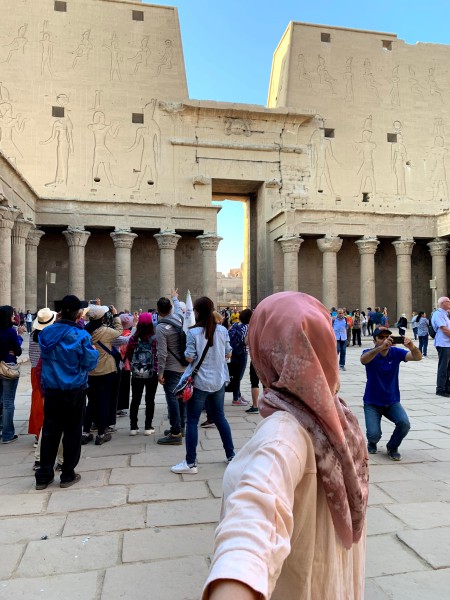 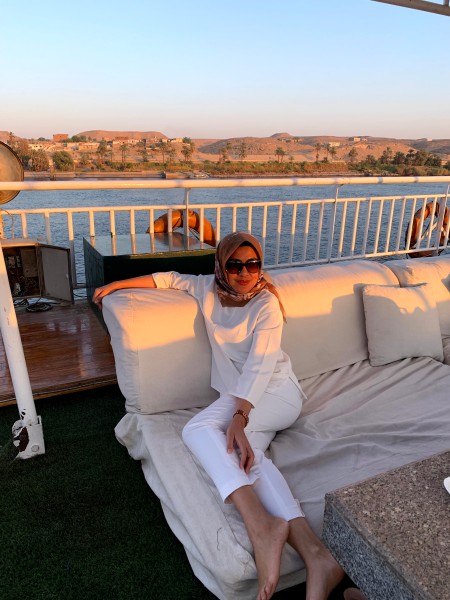 Nile cruise and Egypt has always been a bucket list as I grew up with Agatha Christie books.When […]

Abu Simbel Temple is located in the Nubia region of Egypt. Overlooking the emerald waters of Lake Nasser, […]

We dedicated Day 2 to explore all the important Pyramids in Cairo. For this we had to arranged […]

Lucky and I flew to Cairo on 22 Oct from Jakarta using Garuda/Etihad transiting in Abu Dhabi. Departing […]